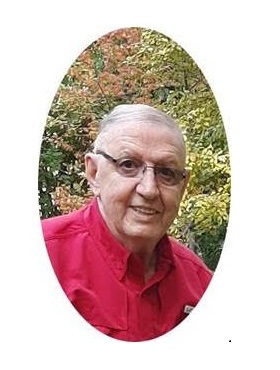 Jean-Louis spent his early years helping his father with the family plumbing business. He finished his final high school years in Ottawa while returning home for the summers. Upon completing his Mechanical Engineering degree at McGill University, he worked in Drummondville where he met and married his soul mate Louisette December 1967. They soon relocated to Albuquerque, New Mexico where he obtained a Masters in Business Administration. Settling in Tampa, Florida they embraced the birth of their son Norman. While working at GTE international he was offered a three-year career enrichment opportunity that brought him and his family to Sidi-Bel-Abbès, Algeria. This is where they made wonderful memories exploring much of Europe. Returning to Florida they found much joy at their special oasis along the Withlacoochee River near Dade City, which they affectionately called their “River House”. After losing the love of his life in 2004, he retired in Tampa, where he spent the majority of his time before moving back to Welland, Ontario to spend his remaining year close to family. Thank you to the 3 south medical team at the Welland hospital site for providing such excellent compassionate care to our dearly departed Jean-Louis.

WELLAND FUNERAL HOME, CREMATION AND RECEPTION CENTRE 827 East Main Street, Welland is honored to be entrusted with the family’s wishes. The family will host a Celebration of Life at a later date. Memorial donations made to the Welland Hospital - Niagara Health Foundation would be greatly appreciated by the family.

To plant a beautiful memorial tree in memory of Jean-Louis Boucher, please visit our Tree Store

A Memorial Tree was planted for Jean-Louis
We are deeply sorry for your loss ~ the staff at Welland Funeral Home Ltd.
Join in honoring their life - plant a memorial tree
Services for Jean-Louis Boucher
There are no events scheduled. You can still show your support by planting a tree in memory of Jean-Louis Boucher.
Plant a tree in memory of Jean-Louis
Share Your Memory of
Jean-Louis
Upload Your Memory View All Memories
Be the first to upload a memory!
Share A Memory
Plant a Tree