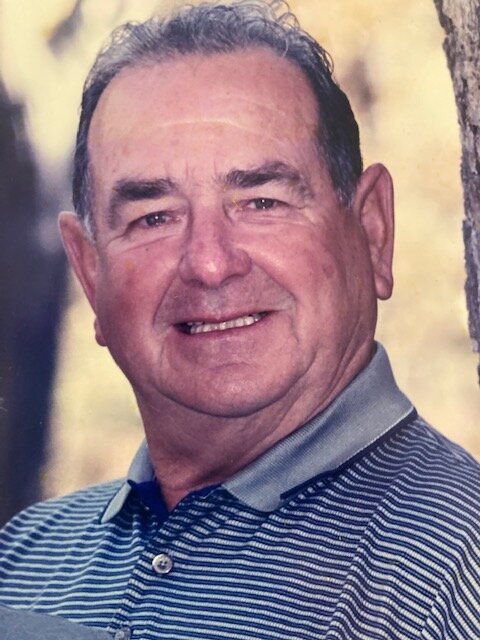 On Saturday, December 24, 2022, Robert Leo McCombs, at the age of 87, passed away at home with his wife Roseline by his side.

Born February 14, 1935, to Wilfrid and Mary McCombs (née Offspring) of Port Robinson, ON. Bob was one of four children; Donald, John “Jack” and Mary Ann. Bob married his high school sweetheart Roseline (née Lemelin) in 1956, and they raised six children; Julie Harris (Brian) of Duncan BC, Patrick McCombs (Diane) of Kingston ON, the late Louise McCombs, Lynne Fillipo (Brian) of Goldsboro NC, Claire Camden (Chris) of Vineland ON and Celeste Castagna (Gino) of Welland ON. Family meant more to Bob than anything.

“Poppy” was cherished by his grandchildren; Dylan, Matthew, John, Cory Sam, Christian, Liam and Emily whom he called “My favourite Granddaughter”. Also, great-grandfather to Lily, Zoey, Molly, Chloe and Colton.

Bob started playing hockey at the age of 5. At the age of 13 his team won the CYO finals at Maple Leaf Gardens in 1948. They were the youngest team ever to play at Maple Leaf Gardens. In 1953-1954 Bob played with the Port Robinson Fliers and won the Welland City Hockey League Championship. He is fondly remembered by the hundreds of players he coached in the Welland Minor Hockey Association for 12 years.

After a working career in Welland’s heavy steel industries and trucking Bob retired to enjoy a life of travel, fishing, golfing, and boating. He was especially proud of his 6-year restoration of an antique and classic runabout, a 1935 Shepherd, Fleetwood, winning many awards at A.C.B.S. boat shows.

In addition to a very busy life, he always helped anyone in need, especially his grateful neighbours and fellow parishioners. He will be missed by many close friends.

After 66 years of a wonderfully happy marriage Bob will be waiting for Rosie at the gates of Heaven. Respecting Bob’s wishes, cremation has taken place. A private family mass has been celebrated by Father Paul Vellakunnath at St. Andrew the Apostle Roman Catholic Church. Any donations would be gratefully appreciated to the Heart and Stroke Foundation.

We will forever be grateful to the professional paramedics, police officers and 911 response. A very special thank you to Roger Gervais and staff of Welland Funeral Home, Cremation and Reception Centre for going above and beyond during the devastating Christmas Eve storm.

To plant a beautiful memorial tree in memory of Robert McCombs, please visit our Tree Store

A Memorial Tree was planted for Robert
We are deeply sorry for your loss ~ the staff at Welland Funeral Home Ltd.
Join in honoring their life - plant a memorial tree
Services for Robert McCombs
There are no events scheduled. You can still show your support by planting a tree in memory of Robert McCombs.
Plant a tree in memory of Robert
Share Your Memory of
Robert
Upload Your Memory View All Memories
Be the first to upload a memory!
Share A Memory
Plant a Tree