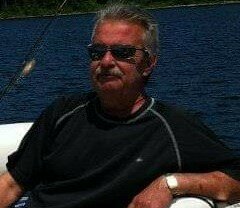 It is with great sadness that we announce the death of Michel Filion on Friday, January 7, 2022, at the age of 68. Cherished father of Shaun Filion (Chelsey) and Jenny McCarthy. Michel will be missed by his 5 grandchildren; Cierra Smythe (Dylan), Kiana McCarthy, Riley Filion, Alexa Filion and Savannah Filion as well as his great-granddaughter Renley Smythe. Dear brother of Gilles Filion, Francine D’Ambrosio (Dino) and Gilberte Lapointe (John). Predeceased by his parents Benoit & Helen Filion and sister Sylvie Filion.

A special thank you to Dr. Kim Scher for his kindness, care, and sense of humour with my father in his last part of his journey with us.

His interests were scuba diving, fishing, crosswords, boating, and travelling. He worked at Air Canada and spent most of his life being a painter.

Funeral arrangements have been entrusted to WELLAND FUNERAL HOME CREMATION AND RECEPTION CENTRE. Keeping with Michel’s wishes, cremation has taken place. A celebration of life will take place at a later date.

To plant a beautiful memorial tree in memory of Michel Filion, please visit our Tree Store

A Memorial Tree was planted for Michel
We are deeply sorry for your loss ~ the staff at Welland Funeral Home Ltd.
Join in honoring their life - plant a memorial tree
Services for Michel Filion
There are no events scheduled. You can still show your support by planting a tree in memory of Michel Filion.
Plant a tree in memory of Michel
Share Your Memory of
Michel
Upload Your Memory View All Memories
Be the first to upload a memory!
Share A Memory
Plant a Tree